... an introduction for general readers to a very important period and a witty, cosmopolitan, quite tragic man.

Kurt Tucholsky was a was a brilliant satirist, poet, storyteller, lyricist, pacifist, and Democrat; a fighter, lady’s man, one of the most famous journalists in Weimar Germany, and an early warner against the Nazis. Erich Kästner called him a "small, fat Berliner," who "wanted to stop a catastrophe with his typewriter". When Tucholsky began to write, he had five voices—in the end, he had none. His books were burned and banned by the Nazis, who drove him out of his country. But he is not forgotten. 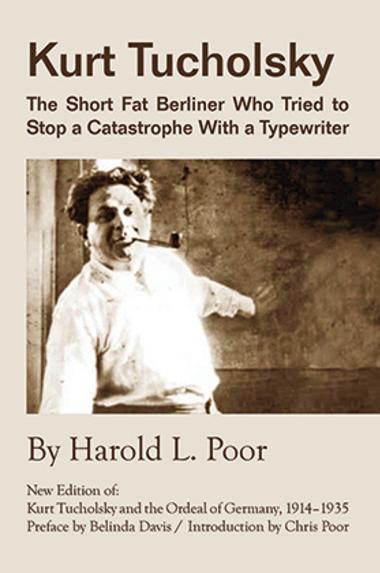 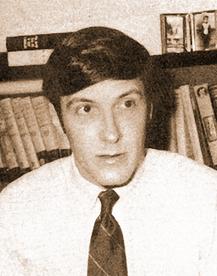 was born in 1935 in Missouri, grew up in Birmingham, Alabama, and attended Harvard College. He held a Ph.D. in German and European history at Columbia University. In 1966, he became a professor at the Rutgers College History Department as one of the most gifted and charismatic teachers. He also was the co-author of a music drama Tickles by Tucholsky, which was first produced at Brandeis University and then Off Broadway at Theater Four in 1976. Poor died on January 24, 1992 in New York City.

Harold L. Poor’s biography of Kurt Tucholsky is the most important and thorough work on the famed German Jewish author in English: a still unmatched labor of love by the Rutgers history professor. For this book—originally published as Kurt Tucholsky and the Ordeal of Germany 1914-1935, Poor spent years of research. He also visited Tucholsky’s widow Mary Gerold in her home in Rottach-Egern in Germany and unearthed letters, pictures, and other previously unknown materials. This book about Tucholsky is an entertaining and well-written gem that has finally been rediscovered. With an introduction by Belinda Davis, Professor of History at Rutgers University, and a preface by Chris Poor, the son of Harold Poor.

Get it in
bookstores
View on Mobile