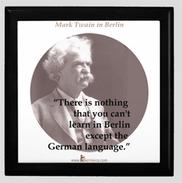 Available in Germany under the title:

A Tramp in Berlin

by Mark Twain and Andreas Austilat

Get the T-shirt and More
at Zazzle 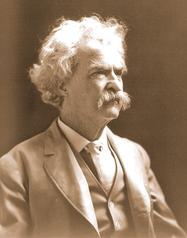 ​was born 1835 in Missouri. After as stint on the Mississippi he became one of America‘s most famous  journalist, humorist, travel writer and author. He traveled to Italy, France, and twice to Germany. He was in Berlin 1891-1892. 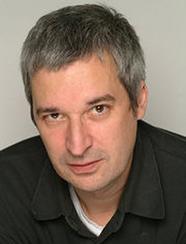 is the deputy editor of the Sunday supplement at Tagesspiegel, Berlin‘s leading daily. He published three travel and culture guides about Brandenburg and Berlin, where he was born. He lives in Berlin with his wife, his two children and their dog Duffy.​ 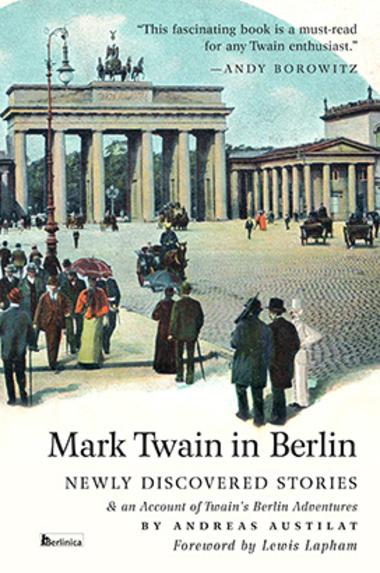 In fall 1891, Mark Twain headed for Berlin, the “newest city I have ever seen,” as America’s foremost humorist wrote; accompanied by his wife, Olivia, and their three daughters. Twain, a “Yankee from head to toe,” according to the local press, conspired with diplomats, frequented the famed salons, had breakfast with duchesses, and dined with the emperor. He suffered an “organized dog-choir club,” at his first address, which he deemed a “rag-picker's paradise,” picked a fight with the police, who made him look under his maids petticoats, was abused by a porter, got lost on streetcars, was nearly struck down by pneumonia, and witnessed a proletarian uprising in front of his hotel Unter den Linden. Twain penned articles on his everyday life and he also began a novel about Wilhelmina von Preussen, the lonely Prussian princess, unpublished until now, as are most of his Berlin stories. They are assembled for the first time here in this book, together with a riveting account of Twain’s foray in the German capital, by Andreas Austilat.